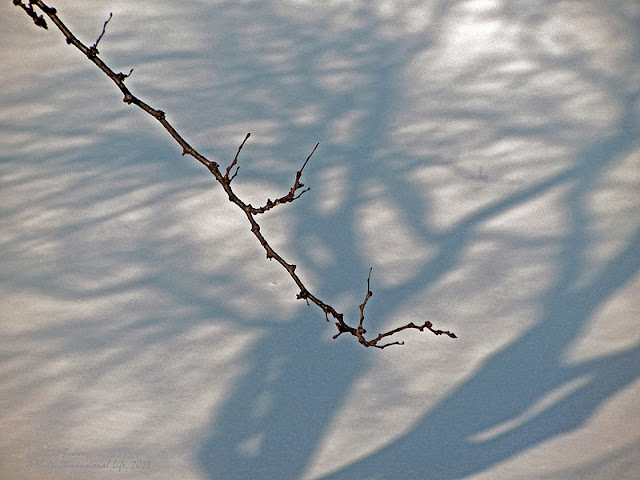 I arrived at the hospital just moments after my dear friend's father took his last breath.  She sat at the edge of the hospital bed, the winter air chilling the room from the slightly opened window.  It had been a long fight...a battle against a disease that only ravishes its victims...yet she felt as though there was something more she could have done.

Reality escaped her as her emotions carried her away.  She believed with all her heart that it wasn't time for her dad to die and that if she had been at the hospital when he took a turn for the worse, she may have been able to help him hang on a little longer.

I wondered why my friend felt as though the responsibility to keep her dad alive had been placed solely upon her shoulders?  Why did she feel the need to keep him here instead of releasing him into the arms of God?  Her father was 85 years old and dying of incurable cancer, which despite progressive medicine and a good fight, didn't relent.  This man was suffering terribly, yet he fought to remain strong when his daughter was present.  I wondered if he pushed himself this way to show her that he was willing to fight to stay alive not for himself, but as a selfless act of love for the daughter who wasn't ready to let him go.  I wondered what, if anything had been left unsaid or unresolved between them.  I found it interesting that (although the daughter would have wanted to be by her dad's side until the very end) her dad slipped away when she wasn't there.

Sometimes it's hard to let go.  Some of us are born fighters, and sometimes that is what keeps us going -- even keeps us getting up every day to conquer what lies ahead.  However, sometimes we fight and lose...we lose a battle...and we also lose sight of a bigger picture...a purpose...a plan.


Nobody knows just when their last breath on earth will be taken.
God does!

Sometimes things are out of our control.  Sometimes we need to accept the inevitable.  There truly was no way my friend could have saved her dad...it was time for her to let go.  We must let go and allow our loved ones to freely enter God's eternal home.  It is in His timing and as much as we might feel we have lost the fight, we haven't...a battle maybe...but the real fight has been won for us by Christ.  In Him we have victory.

That last breath is not the end...it is the breath of eternity!

It is only when we release those whom we've been fighting to keep here in our earthly grasp, will we truly exhale!


Walk away from the enemy,
Run if you can,
Just when you think he’s left you,
He’ll be back again.


Now turn your back on him,
He can’t hurt you though he’ll try,
But you’ve got the power,
To expel his dirty lie!


His name isn’t pretty,
Neither are his ways,
He sits on the sidelines
Tryin’ to wreck your days…
His name is Regret…
His mission is the same,
Regret! That’s him...Regret!


There’s a better name that waits for you,
A name you’ve heard a lot
He’s someone you can count on,
His name is God...
That’s right…it’s God…that’s right!


Walk away from regret,
He’s already lost,
A long time ago
When Jesus paid the cost,
Walk away! That’s right…walk away!


Hang on to the truth,
The truth won’t leave
If you grab the hand of God
If you really believe!

God will never leave you,
He will always be there,
He already forgave you,
He always cared!
That’s God…That’s right…That’s God!
Hold tight…to God…Hold tight…
So right…It’s God…So right!!!
(written by Lorraine Brown (c) copyright 2006)