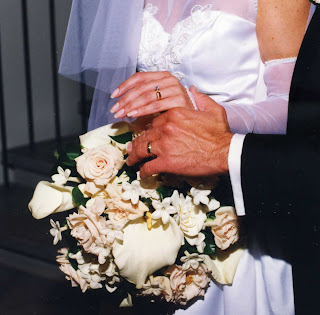 On this date, seventeen years ago... A Summer, Sunday evening, I married Greg, the love of my life!
It was a magical day, as it should be. The weather was picture perfect from beginning to end. Friends and family were coming from near and far to witness this occasion at... the Chicago Historical Society! At first, we were apprehensive about choosing this location because we wanted to make sure that we were not having our wedding in a place which honored the accomplishments of man rather than in the house of God. Our pastor quickly put our minds at ease when he reminded us that it is not the building which matters because God is all-present, all-knowing...He knows our hearts and He who designed marriage will bless us as we choose to honor Him as we become one. What a relief it was to hear this reminder! So...we planned our day according to our desires, but in dedication to God as we asked Him to lead us and bless us along the way.


Interestingly, the Historical Society is located directly across the street from our church. Before we became engaged, we toured the building on a Sunday afternoon in May. I had remarked that this would make a great place for a wedding, not thinking it would ever be my own and not knowing that the following week we would be engaged! Yes, the following week, my husband took me to one of the most elegant French restaurants in the city for my birthday. We had a fabulous dinner and then...dessert...my favorite part of the meal, especially at this restaurant.


Dessert always arrived under a silver dome and the presentation was the most dramatic, elegant, and somewhat decadent. I had ordered their renowned crème brule. The waiter announced my dessert, removed the dome as only he could, and presented me with...something other than crème brule....a small gold foil bag with beautiful foil wrapping inside which surrounded a chocolate truffle. I knew this was a truffle before opening the wrapping because I had given this exact same gift to Greg a while back. So...he either didn't like it and was returning it to me as a "gag gift", or loved it so much that he wanted to buy one for me also???  I set the bag aside as the waiter then presented me with dome number two....my crème brule. Now we were talking...I would get to the bag later...I needed to eat this creation...immediately! Greg asked “don't you want to see what is in the bag?” I said, "Sure, after dessert, if that's o.k. with you." I noticed by the look on his face that it wasn't what he had planned, so I decided to humor him and open the bag. As I lifted the shiny gold wrapping from the foil lined bag, I noticed that is was a bit more sparkly than I had remembered. As I looked closer, I saw that around the foil, perched atop the truffle, was the most beautiful diamond ring I'd ever seen! I can't remember if I said anything...I think I just gasped as I tried to remove the ring from the foil wrapping, my hands shaking like a leaf! Greg was on one knee, ready to make his romantic proposal which I'm sure he had rehearsed to perfection. He told me that I am the love of his life and that he had waited all his life for me and asked "will you marry me"! Ahhh...those words! The power of those four amazing words! My heart must have stopped for a moment or two as I was overcome with emotion. I said "Of Course", "Of Course"! We hugged, We kissed, We laughed... then I grabbed the ring and shoved it onto my finger! Fortunately, by this time, he knew me all too well and he was able to offer his commentary on my impulsive action in the same way he always did and still does, allowing me to see the humor in my quirky self, bringing me to laughter! I immediately pulled the ring off, handed it to him (not thinking that he might be worried that I had changed my mind) – then I asked him, " will you please place it on my finger?"  As we left the restaurant, a horse and carriage was waiting to take us through the city. The entire time it felt as though we were floating on a cloud. I was touched even further the next day when I called my parents to tell them "I'm engaged".  My mom said, “I know darling. He was here a few days ago to ask for our blessing. It has been so hard to keep it a secret!"


Three months later...wedding day!  A whirlwind! We had known each other for several years, first as acquaintances and then as friends, so although we only started dating in January, were engaged in May, and married in August....we knew that this was right! 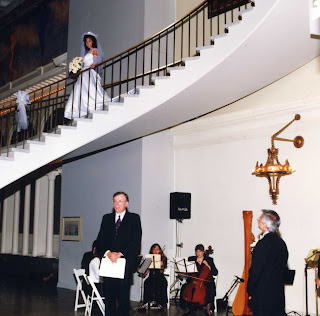 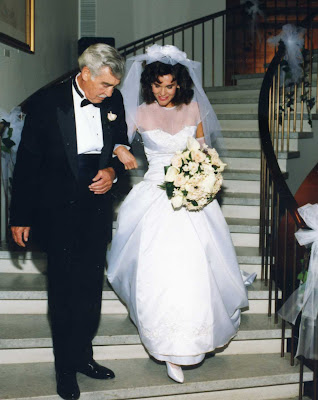 What a thrill it was to have our wedding at the Historical Society! There was a specific area of the building that we sectioned off for our wedding. A large curved staircase descended from the upper level. I had always dreamed of walking down a grand staircase and meeting my groom at the alter. We had a small alter at which the pastor and my husband- to- be stood waiting. My father waited at the bottom of the staircase as I took his arm and he walked me the remainder of the way to the alter and gave his blessing to each of us as the ceremony began. 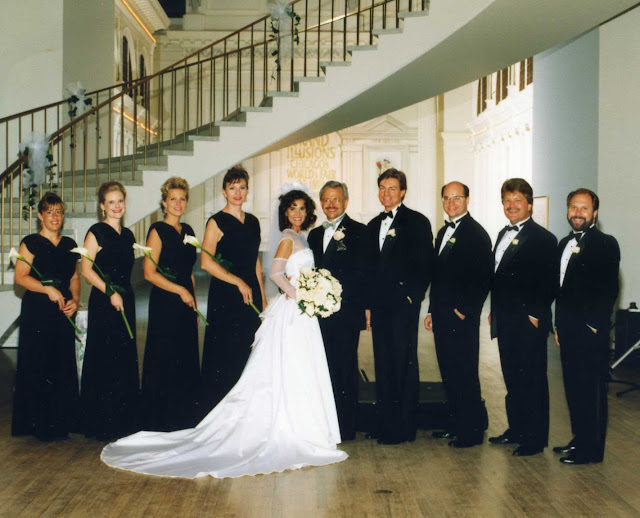 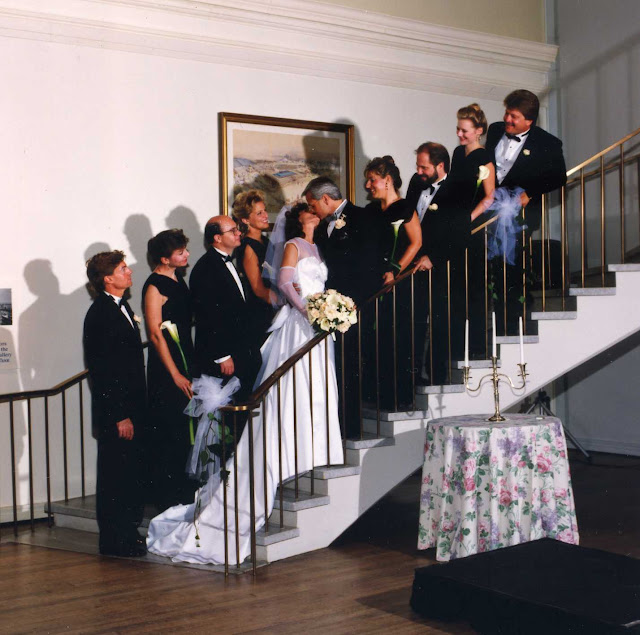 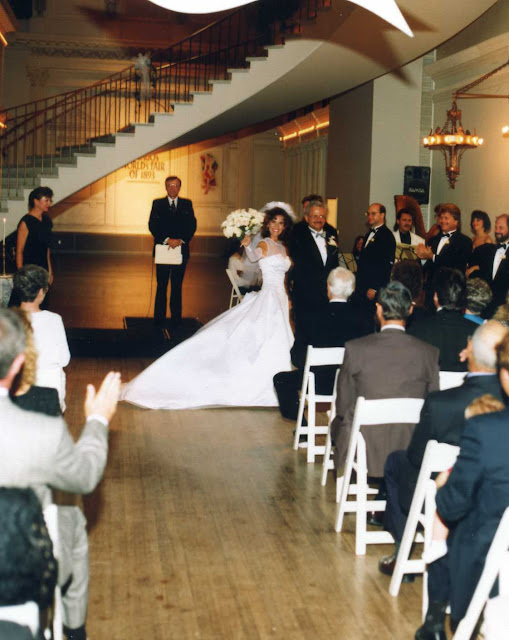 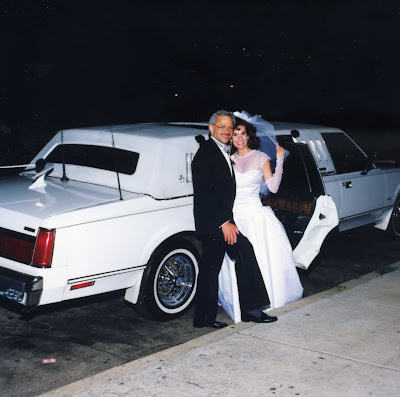 Four of our very talented friends blessed us as they sang a few of our favorite songs during the ceremony. Afterwards we had an hors d’oeuvre reception, and several champagne toasts, danced our first dance and then before we knew...the evening was drawing to a close. I tossed the bouquet as my husband whisked me away to the limousine waiting to take us to the airport....we would be in Hawaii the very next day! Oh what a dream come true! 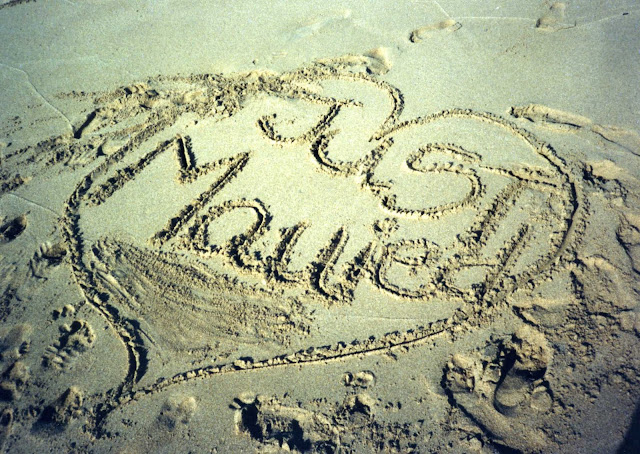 Seventeen years later and I still have goosebumps when we reminisce about our day...a day only the two of us can appreciate in the same way and share with the same emotion. A day that two became one in the presence of God and many witnesses. We continue on the journey now, hand in hand, with God in the center.
Our day in history...our journey...our love...our life together...Happy Anniversary to my dear, loving husband...the love of my life.

~~~~ I almost forgot to mention :)  ~~~~
After we became engaged, Greg reminded me of our very first meeting.  It was at the grand opening of an establishment in the city seven years earlier. I was invited by a date.  Greg was there for his job.  We were introduced, and went our separate ways.  He said, when I walked away, he turned and silently prayed "God, that is the type of girl I want to marry...someone just like her."  Five years passed before we would see each other again. We bumped into each other at church and over the next couple of years, we would occasionally socialize within the same circle of friends. Finally, we ended up at a dear friend's New Year's Day party where it all began. January first, 1993...Engaged in May...Married in August.  Little did Greg know that his prayer would be answered...maybe on a different time schedule than his own, but it was answered.  I probably don't have to tell you that I often remind him that I am the answer to his prayers! :)  ~Just saying! ~
Of course, although I may not have prayed such a specific prayer myself, I can say that those I did pray were also answered and as each year passes, I can see God's wisdom in the timing of it all!

When I was just a girl I wrote a poem a bout a soul mate,
Didn’t know exactly what it meant,
But I had a feeling deep inside my heart,
That something good would be heaven sent.


Wrote about love even thought I didn’t know it,
Realizing that this feeling would be years away,
Even then I knew that something good existed,
Never knowing how I’d feel today.


And now I know that a soul is deep,
And it’s filled with a love I can’t explain,
A true and a pure love that will keep,
And it’s constant through the laughter and the pain.


A love so big I wrote about it in a poem,
And something told me even then that it would be,
The fullness and the joy of coming home,
The comfort and the peace inside of me.


When I was just a girl I wrote a poem about a soul mate,
Didn’t know exactly what it meant,
But I had a feeling deep inside my heart,
That something good would be heaven sent.

Posted by A multi-dimensional life at 1:00 AM

You captured my heart from the first time I met you! And, yes, I prayed that God would bring me someone like you...but instead...He brought me the real deal!
It's fun to see those pictures again...it brings back all those great memories and feelings!
Happy 17th anniversary my sweet...I love you with all of my heart!
Greg

What a beautiful story. You both are very blessed. Happy Aniversary you two love birds!!!

What a marvelous post! Sending magnificent Happy Anniversary wishes to you both - these pictures are so special, what an elegant wedding!!!!! (You look so fabulously and glamorously Jackie O!) I loved hearing about the events that God had divinely orchestrated to bring forth His glorious plans for your lives! Your poem is the perfect touch to crown this occasion!

So happy for you and Greg Lorraine that God brought you together. The photos of the wedding brought back a lot of memories. What a beautiful day it was. You deserve every bit of happiness this world can offer. You are one of the sweetest people I have ever met. I love you and so happy and blessed we are friends. I'm honored you chose me to be one of your bridesmaids!